(in)tact is a playful performance inside an interactive installation including LED strips, quadraphonic sound, dancers and an interactive handmade sky based on polyester wadding and conductive thread. Metal chains have been added to the setup in some versions of the work. The audience is invited to stimulate the sky to alter its local state by touching suspended electronic clouds. These local stimulations lead to global modifications of the weather, based on different combinations to discover. Players are guided during their exploration by two dancers - agents of a system giving them constraints to perform. Dancers have a pool of moves to performed depending on players' behaviors, sort of predetermined scripts, like living NPCs (non-playable characters in video games). 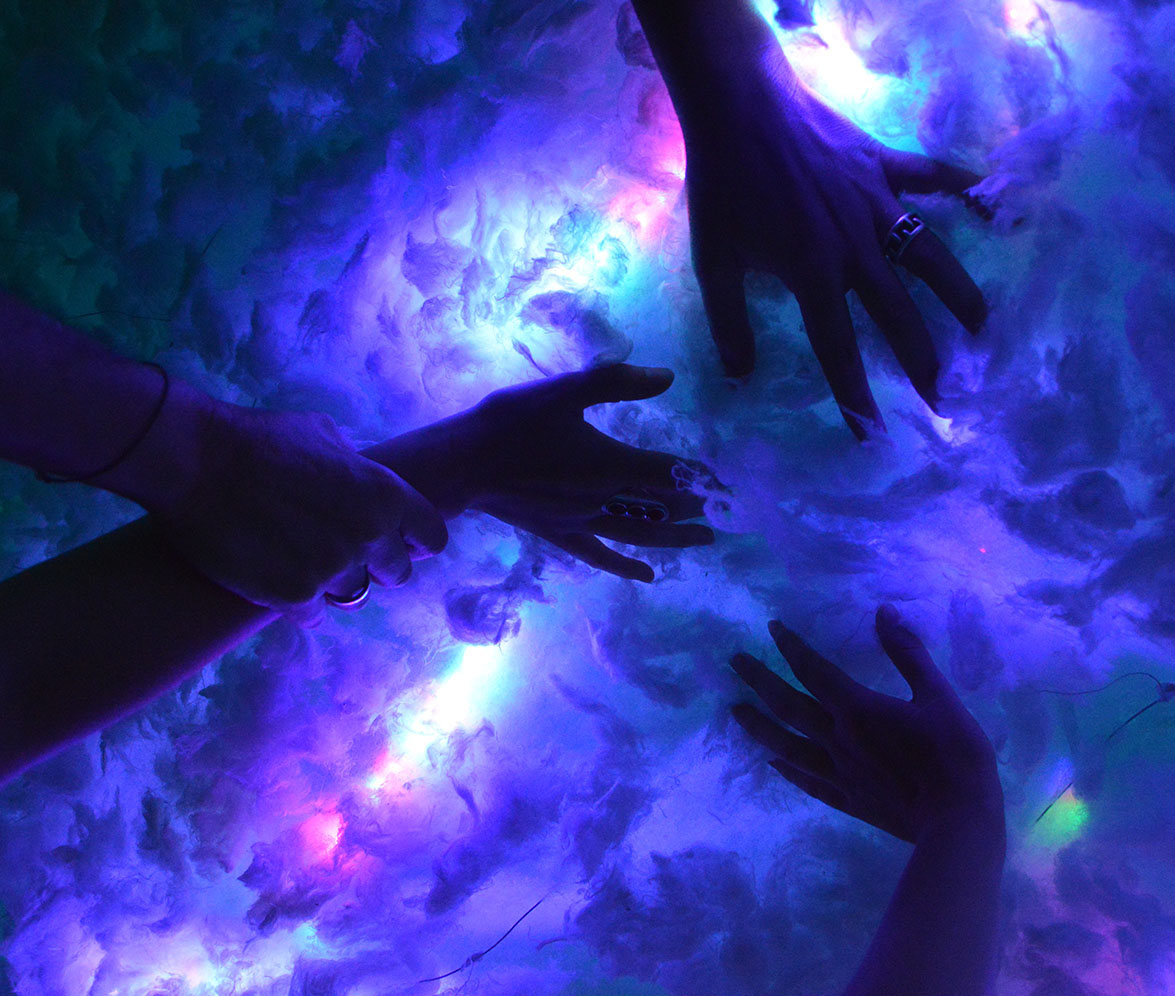 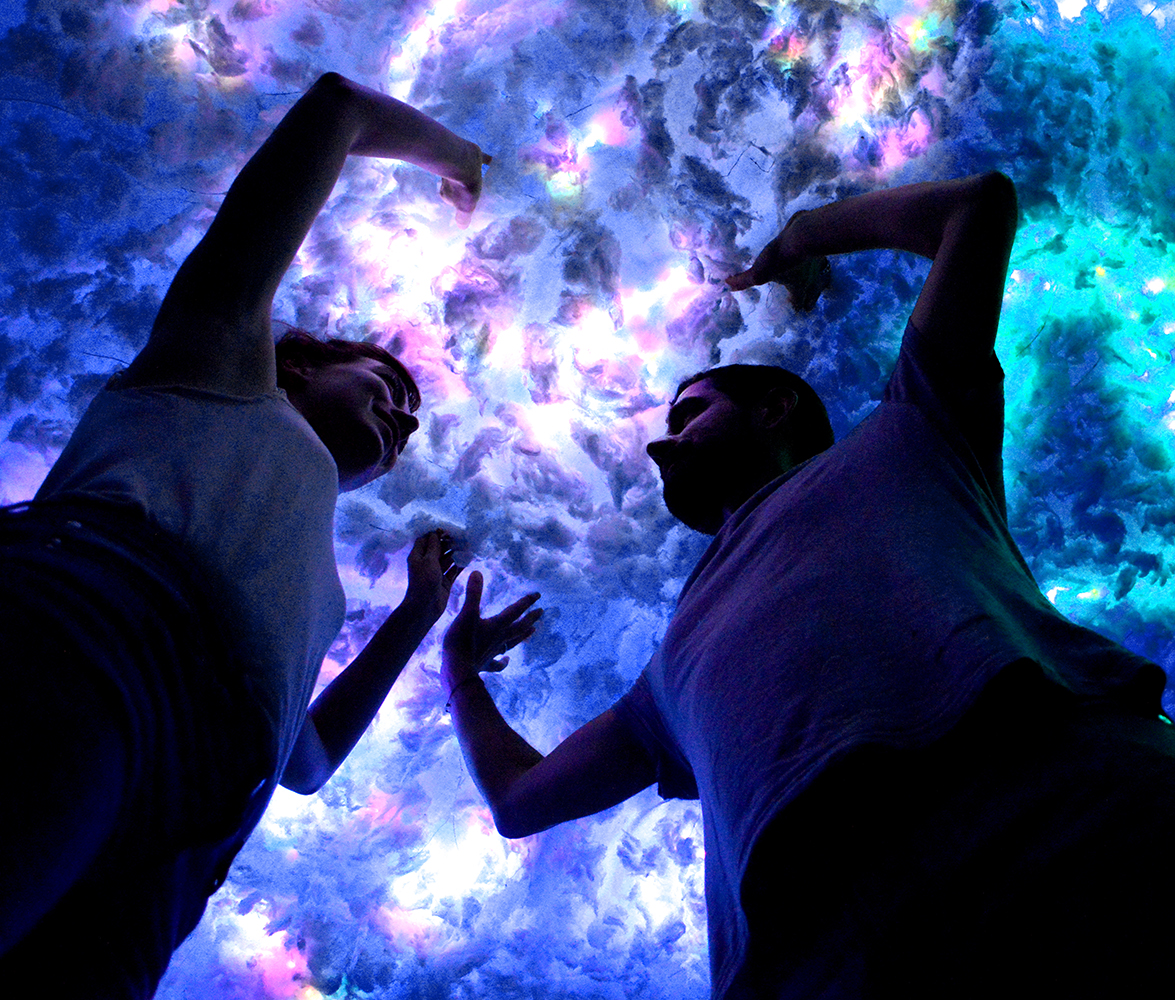 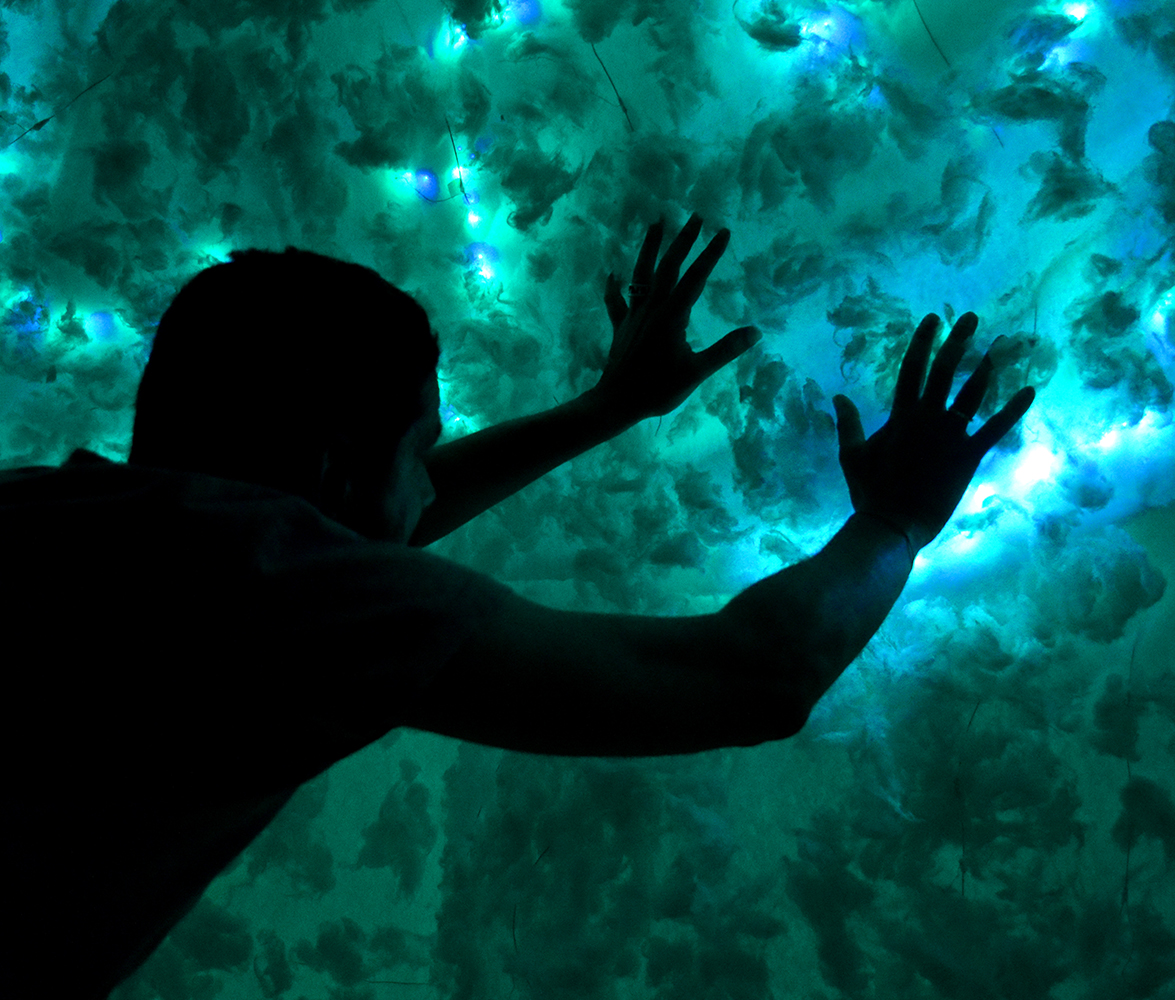 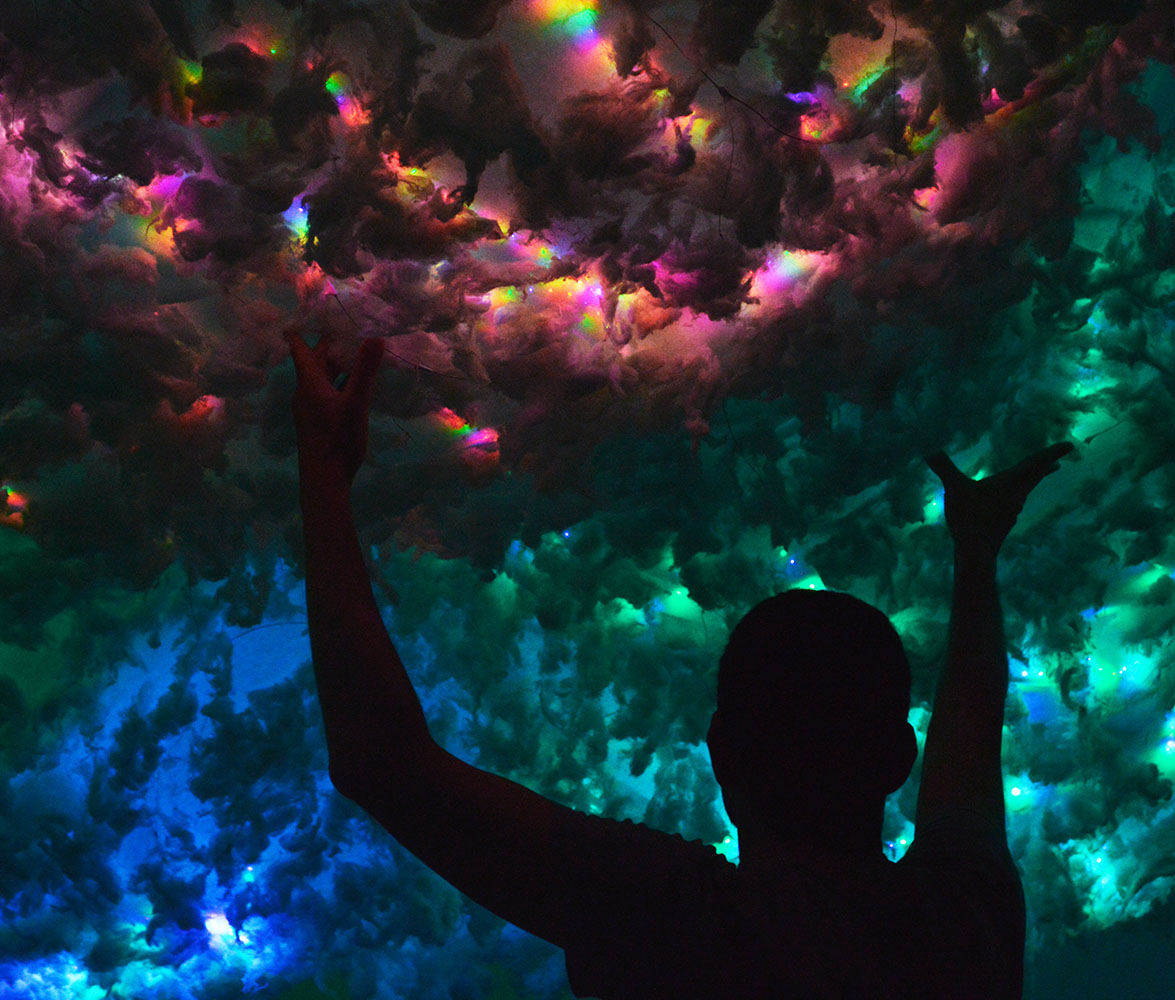 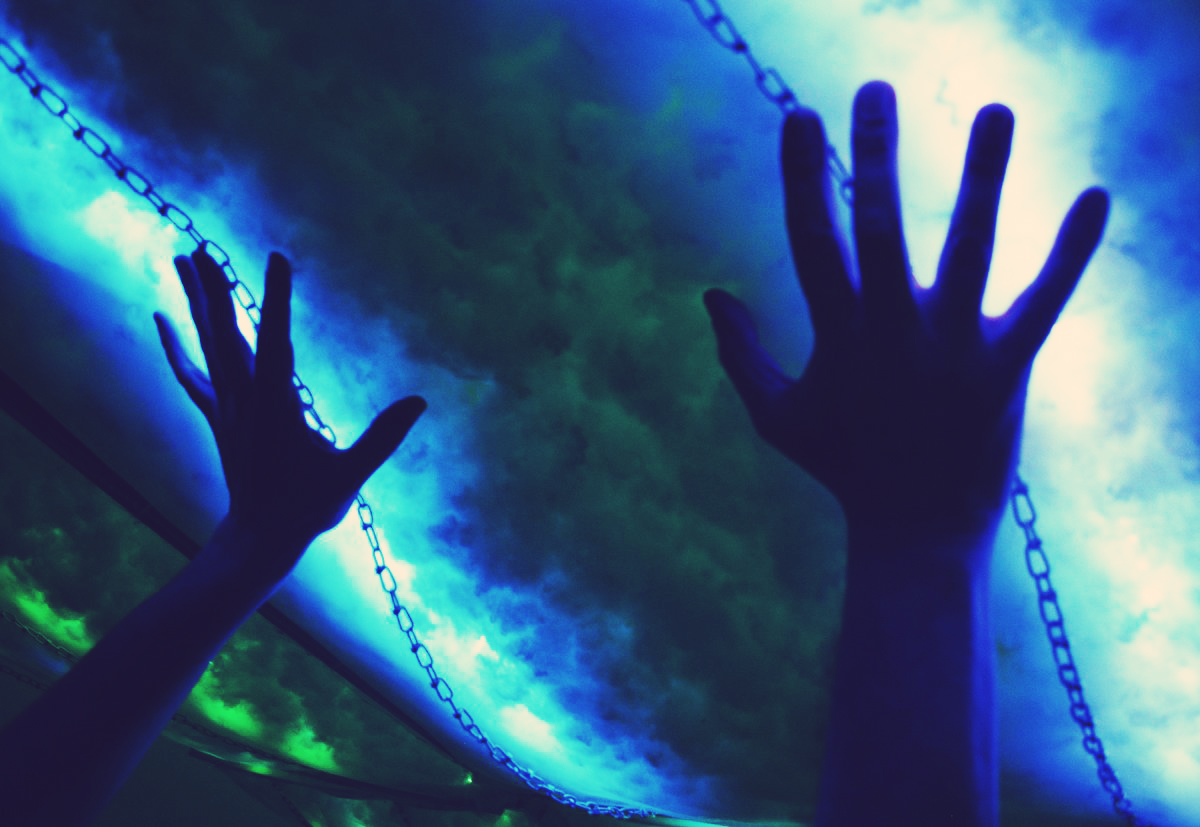 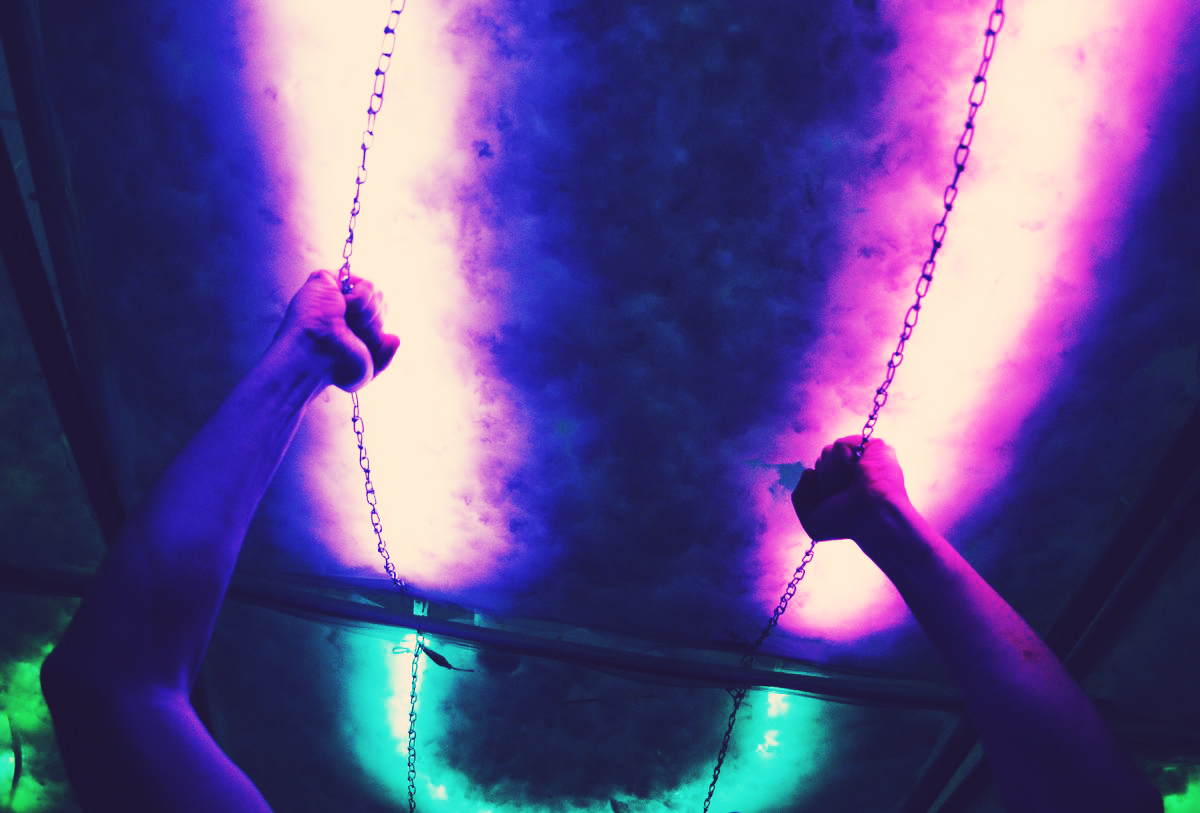