Magnêsiă is an electronic game-installation, from two to eight players. The installation is made from multiple layers of acrylic glass with five metal balls, LEDs and magnetic switches in-between. The game is played with cylinders made of plastic and filled with Neodymium, a rare earth with very strong magnetic properties. One of their side is attractive, the other is repulsive. Players can move the balls by using their controllers. They are splitted in two teams: red and blue. Each team has three circular targets. The first team to place one of the ball on each of their goal wins the game. 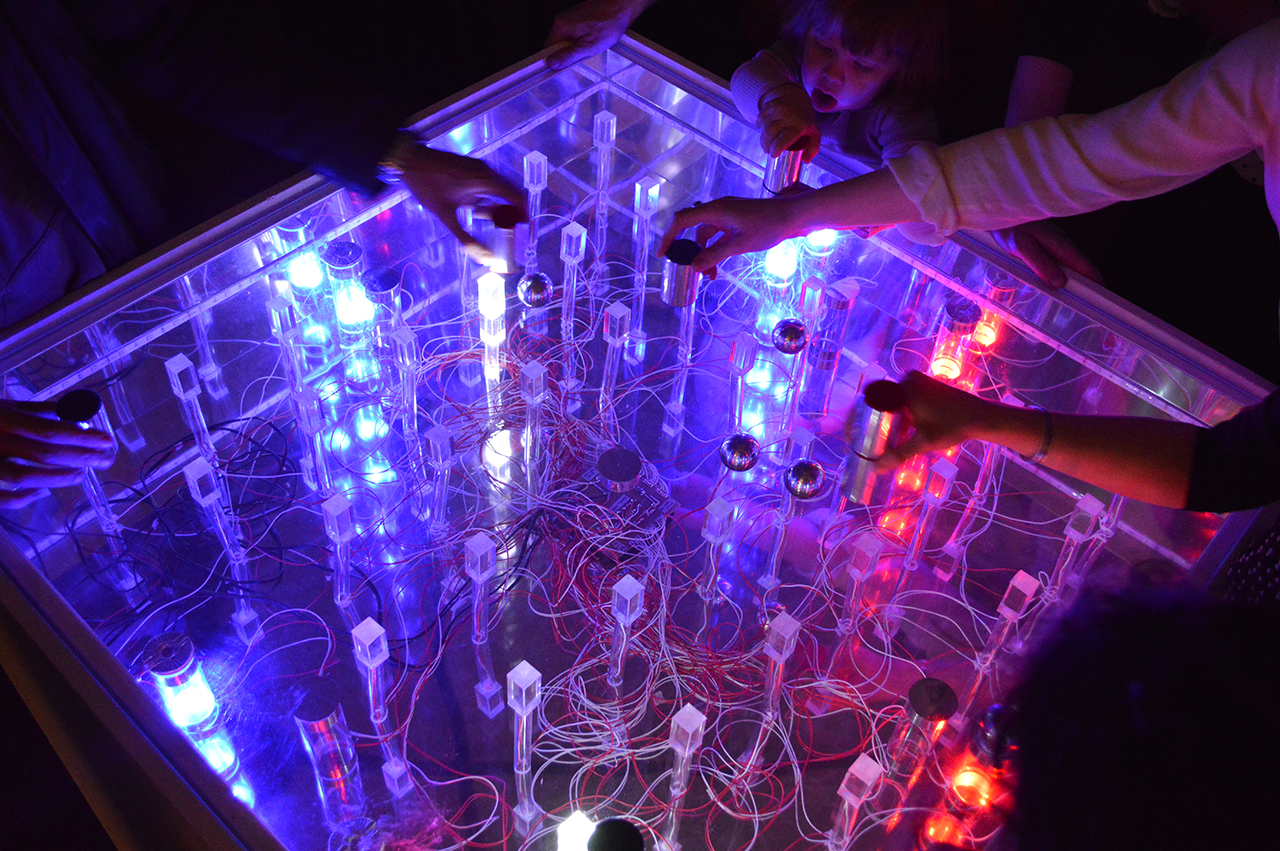 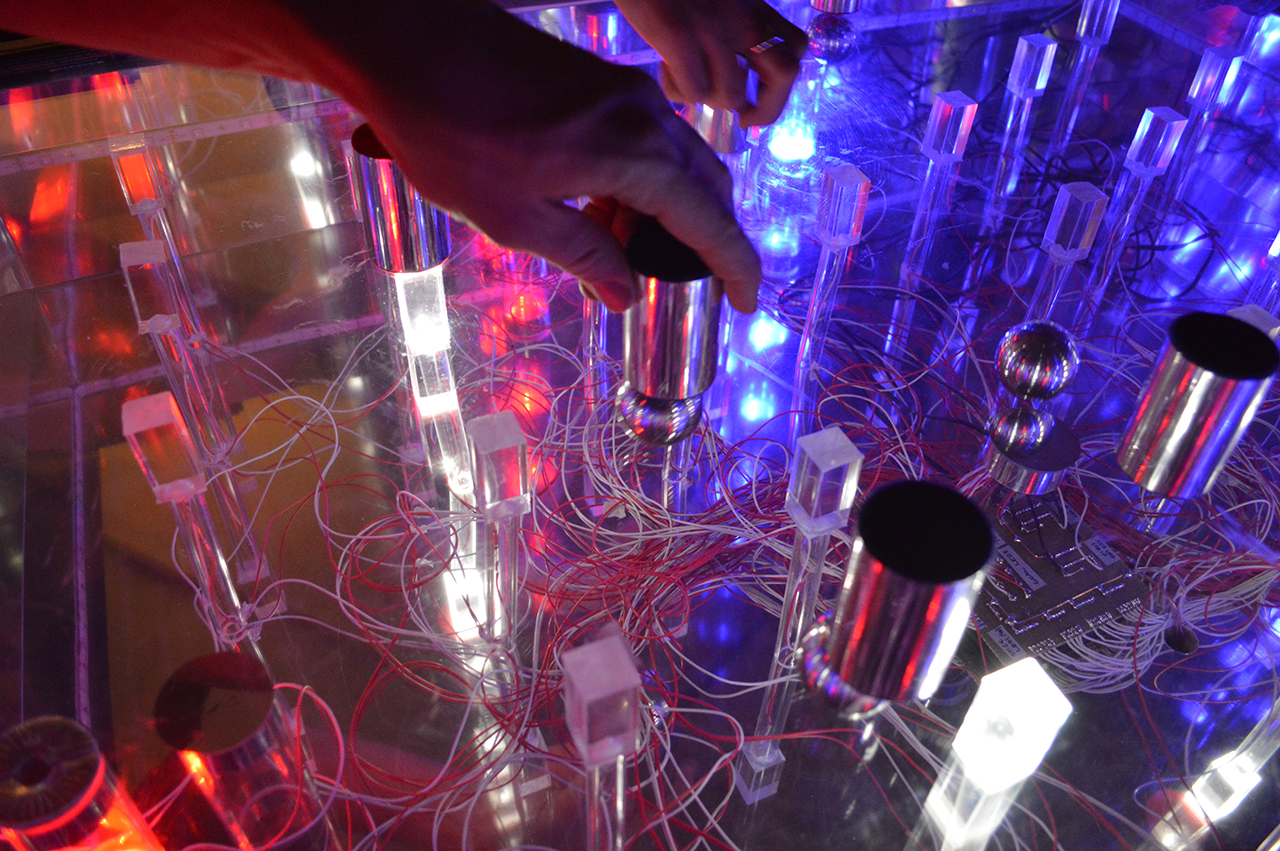 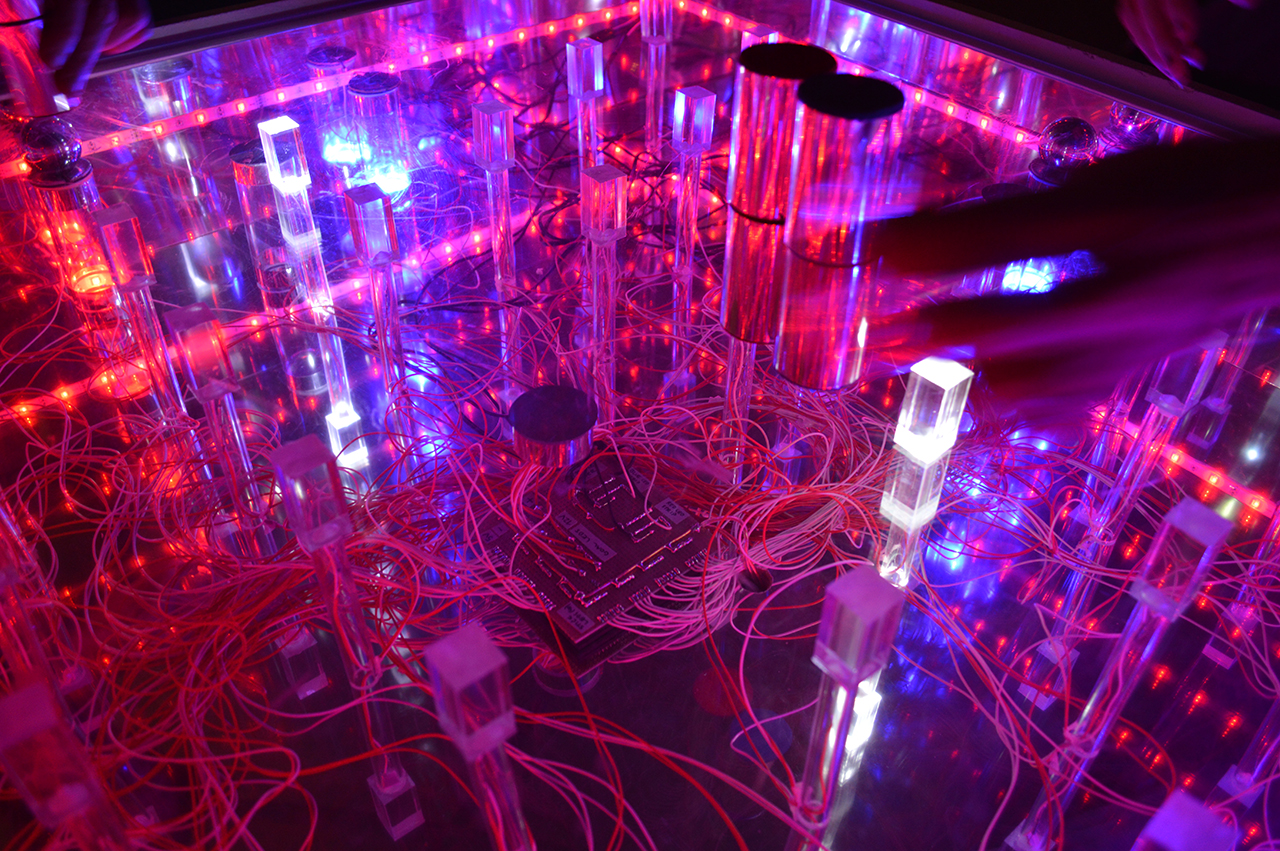 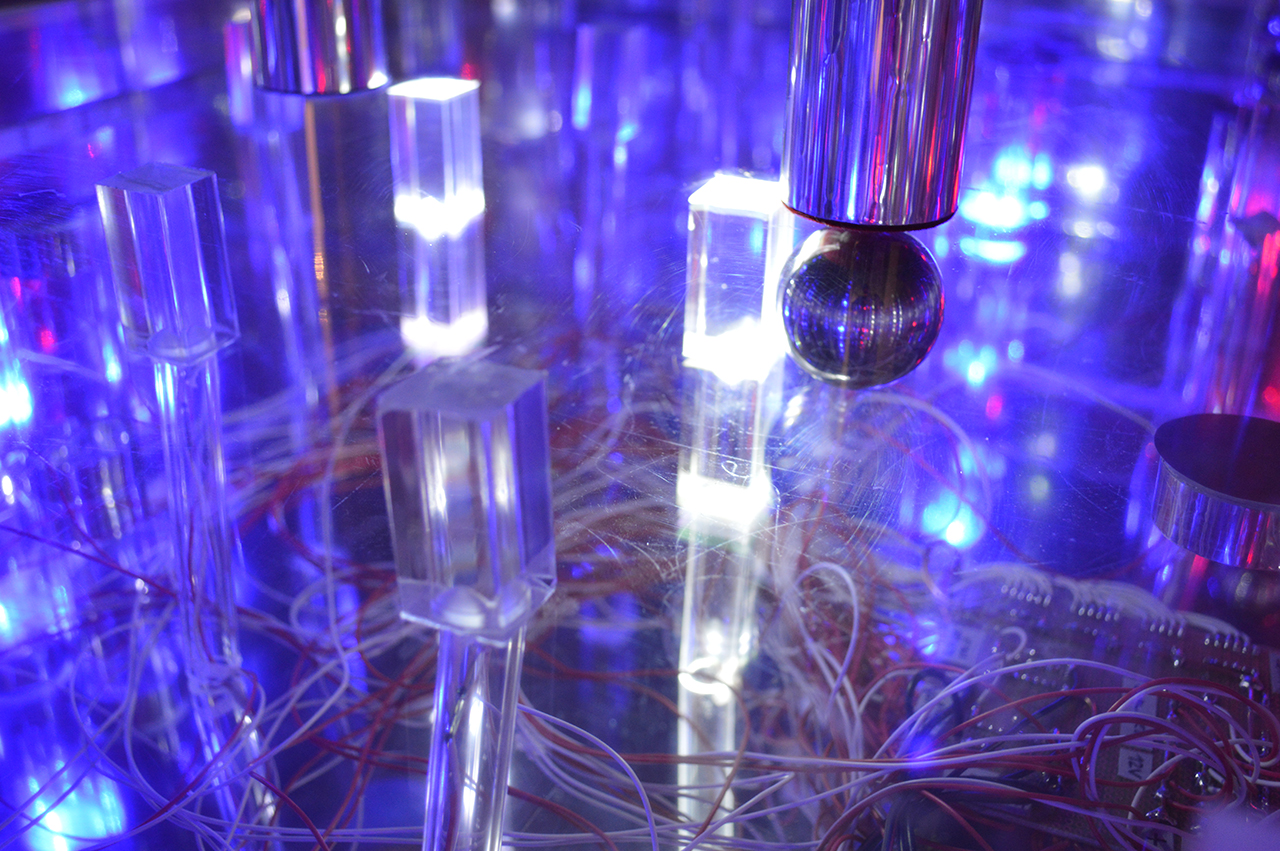 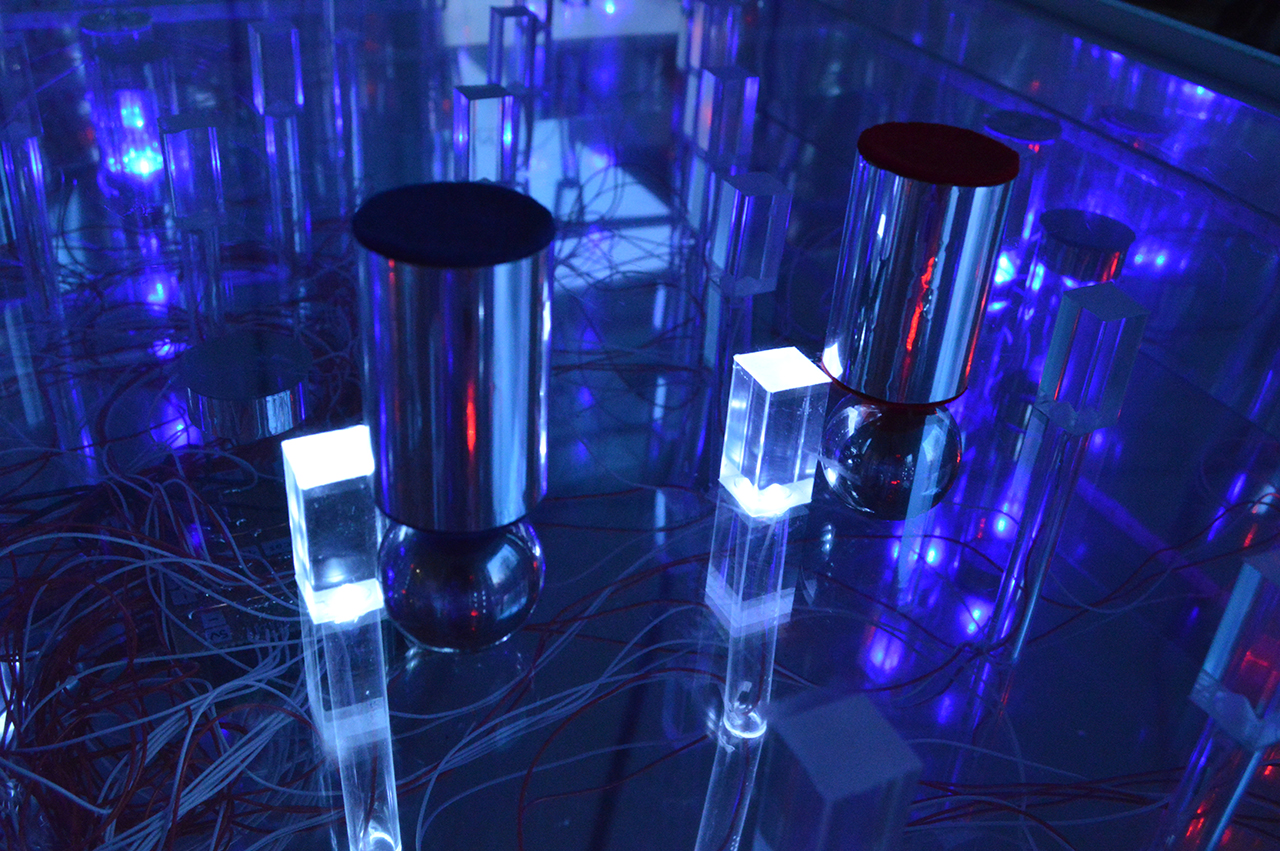 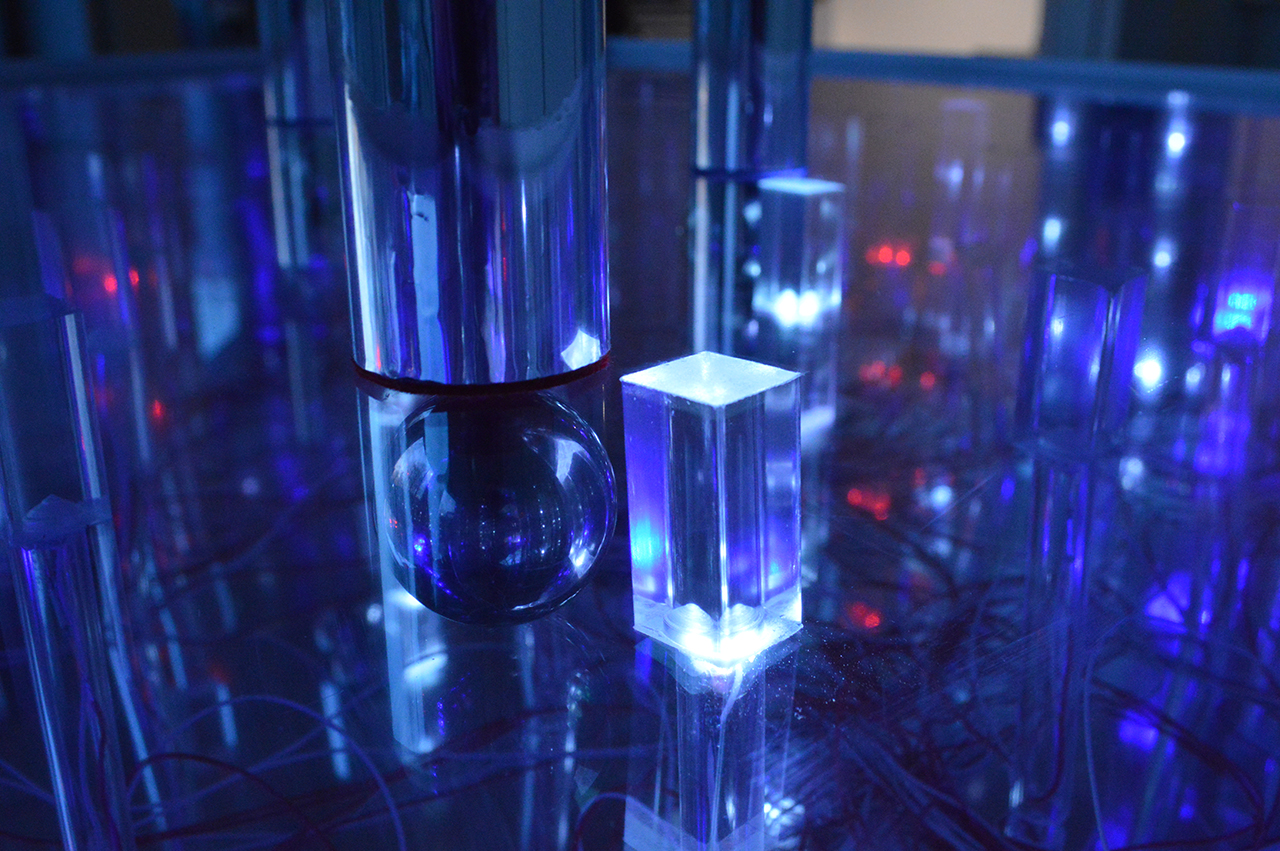