Pourparlers is a game about democracy and its protean nature. Pourparlers can be a competitive, cooperative or coopetitive game, depending on how you play. Four players must survive on a drifting ship by paddling, fishing, eating, sleeping and fixing the boat. They can also throw each other overboard. All these actions must be approved collectively before being executed. Players also choose the way it will be decided: a random draw, a weighted draw, an elective draw or a majority vote. Pourparlers was made in 48 hours for Mediajam. 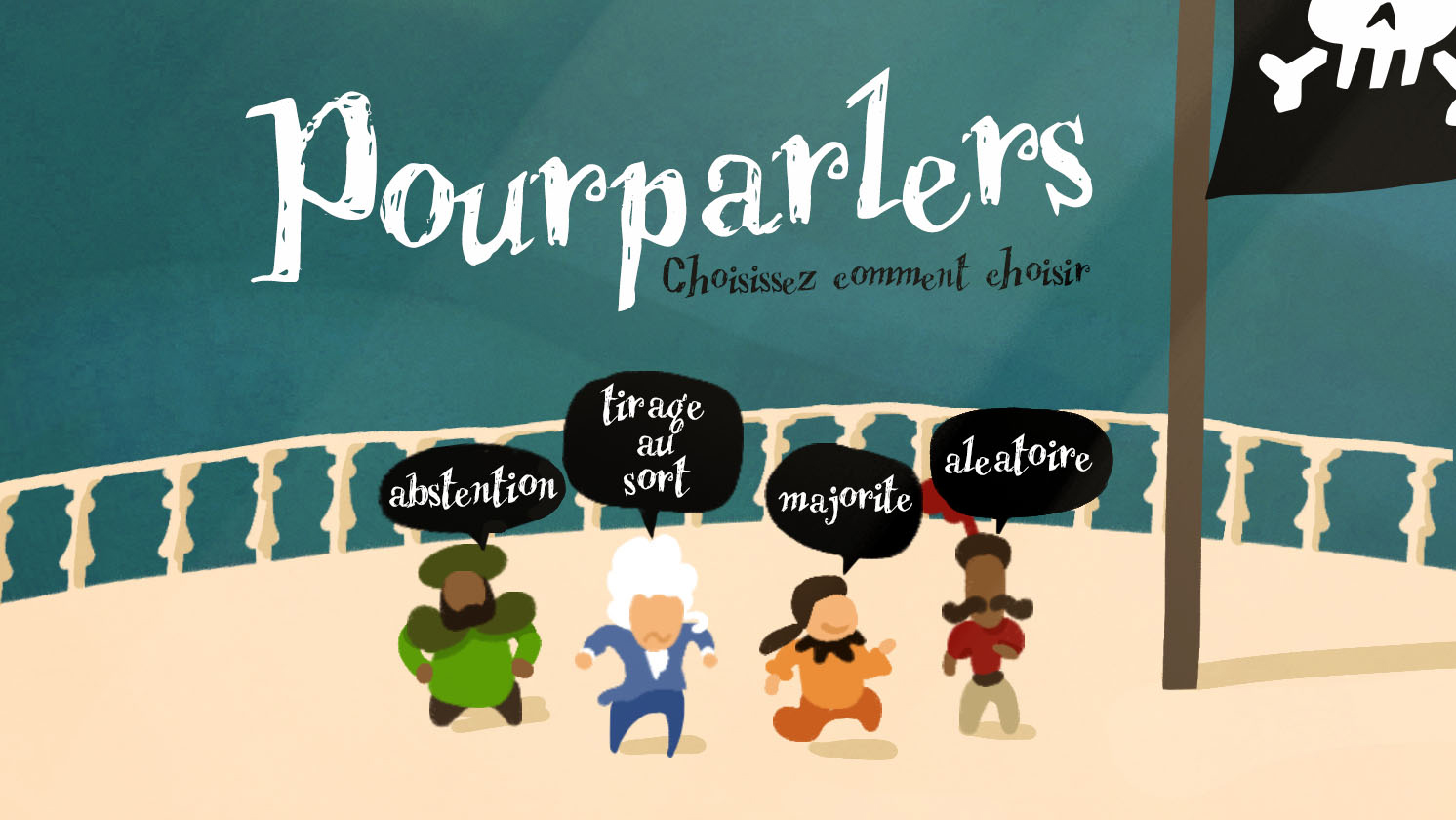 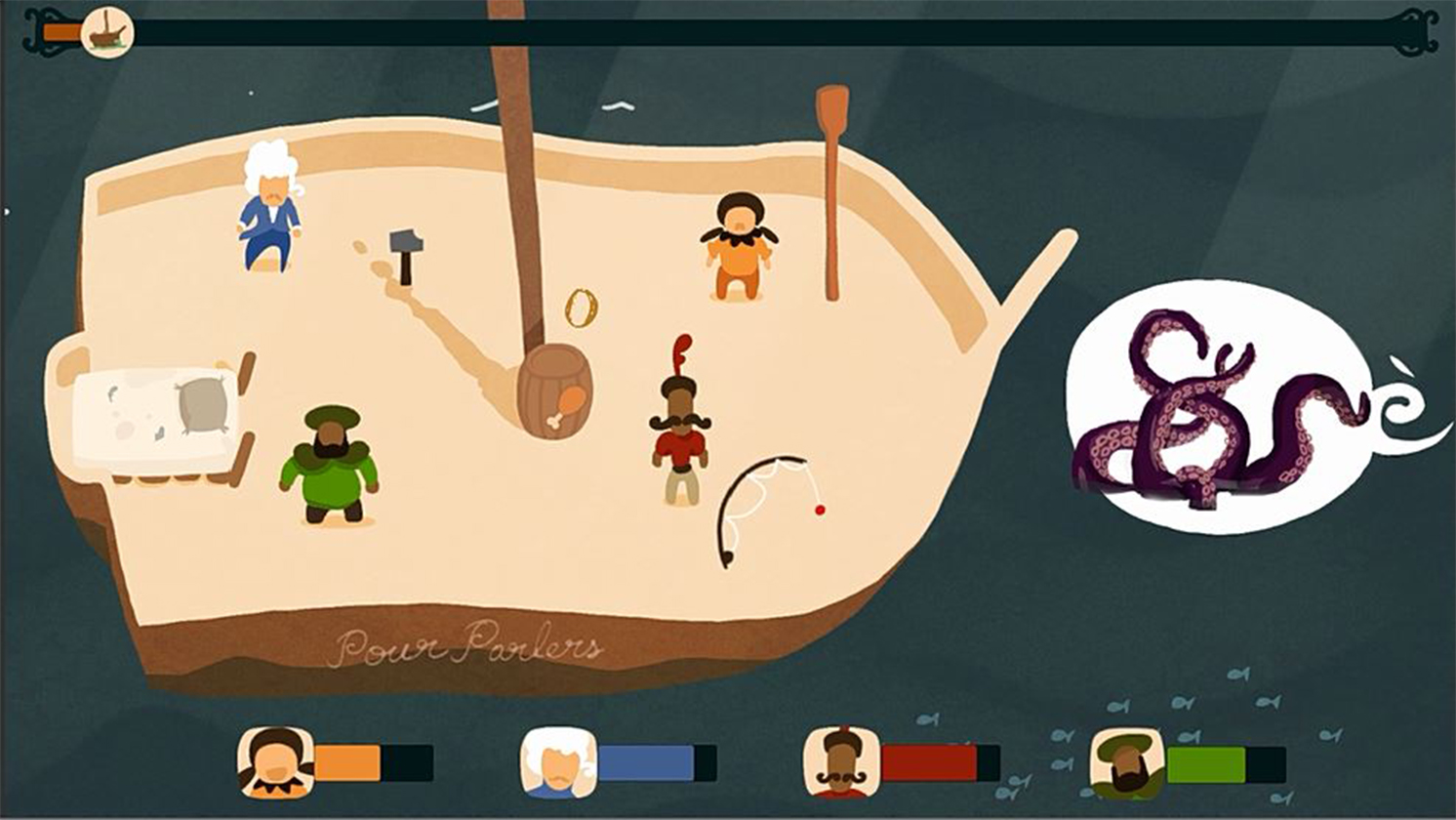 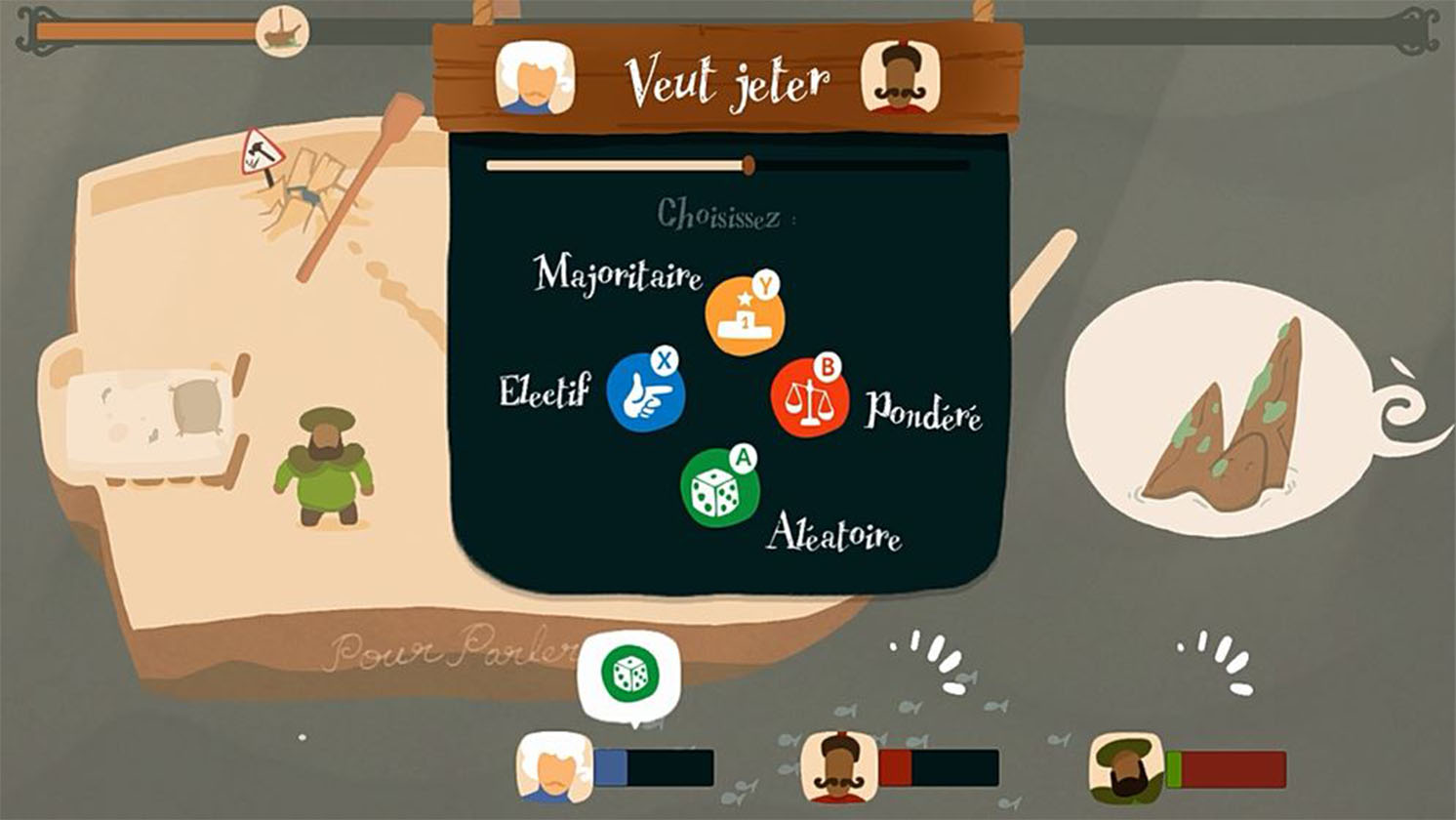 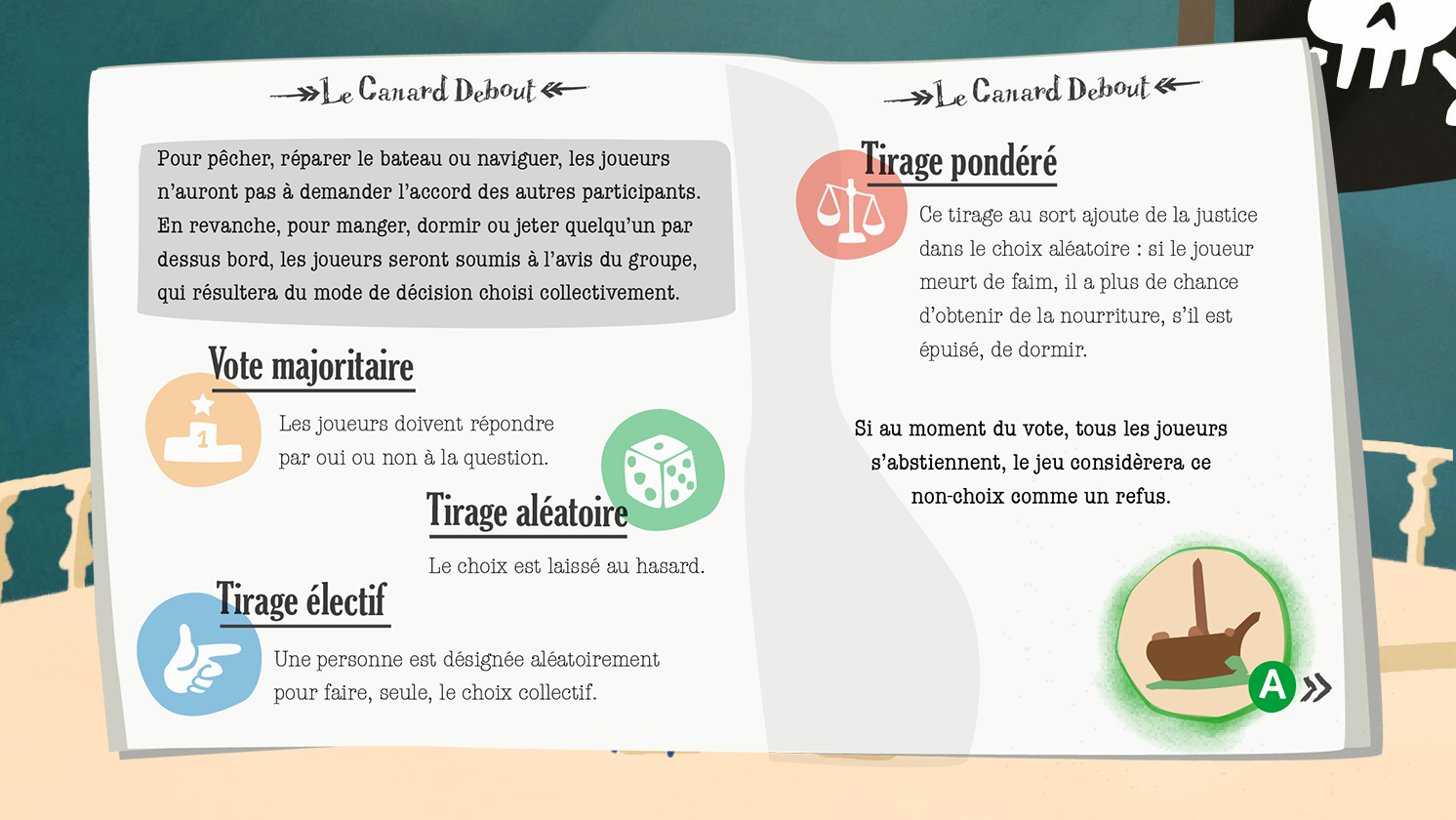